When I studied journalism at the University of South Australia in the late 80s/early 90s, one of the compulsory text was The Elements of Style  by Strunk and White.

It was my introduction to style guides and an early lesson in the value of having a touchstone when it comes to … how you write stuff. 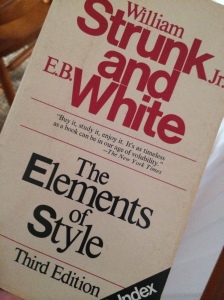 If you’re a regular reader of this blog, you may know that – while I can write – I don’t always get it right when it comes to grammar. I don’t understand conjunctions.  I don’t understand clauses. Just reading those words makes my eyes glaze over. I do understand the active voice. And I understand short sentences.

So this isn’t a post from your favourite grammar Nazi.

This is a post about the value of style guides in organisations.

Most organisations I’ve worked with have a brand guide. That’s the volume that prescribes your official font, official colours, official logo, and placement of that official logo. It’s all very official.

An editorial style guide is a rare beast.

What does it do?

It helps guide your organisation when it comes to writing. And if you’re in corporate communications and your role includes writing the annual report, newsletter articles, web articles, media releases and more, then a style guide is a very useful tool indeed.

Your style guide will outline how you write:

When it comes to media releases, the plot thickens.

Do you write in the first person? Is it “Spokesperson said” or  “Spokesperson says”? Do you have a spokesman or a spokeswoman, perhaps? How do you include the person’s title in sentences? What tense do they speak in?

Your style guide helps protect your brand. It maintains consistency and professionalism when it comes to communicating with the rest of the world. And boy, is it handy for your communications team – internal or external agency. 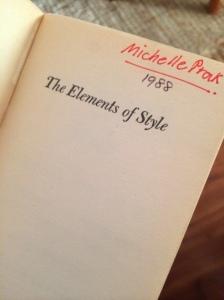 One organisation I previously worked for had an admirable, detailed style guide which included references to place names, ethnicity, gender and more. This can be particularly important when you prefer to write in a way that would not offend.

There are some advocacy organisations which have produced helpful guidelines that can be referenced in your own style guide.

If you’re looking for further inspiration, of course news organisations have style guides that are integral to how they work. The AP Style Guide is the so-called “journalist’s bible”. For some media outlets, the style guide is not so readily accessible while others are there in all their glory – the BBC Style Guide has sections including Names, Religion, Numbers and Military. You could spend hours there .. if you like that sort of thing.

Don’t have a style guide in your organisation? Don’t feel like you have to reinvent the wheel.  You could:

Again, style guides form part of your brand. They project and protect your image. It’s a fundamental tool of professional communications and worth investing time in.

Does your organisation have a style guide? Or did you take part in developing one? I’d love to hear about it in comments below …